What's the horn antenna used for?

Horn antenna is the most widely used type of microwave antenna, which is a circular or rectangular section with the gradual opening of the waveguide terminal. Its radiation field is determined by the size of horn mouth and propagation type. Among them, the effect of horn wall on radiation can be calculated by using the principle of geometrical diffraction. If the length of the horn remains constant, the phase difference between the size of the mouth and the second power will increase with the increase of the horn Angle, but the gain will not change with the size of the mouth. If you need to expand the frequency band of the speaker, you need to reduce the reflection of the neck and mouth surface of the speaker; The reflection will decrease with the increase of the surface size. Horn antenna structure is relatively simple, the direction diagram is also relatively simple and easy to control, generally as a medium directional antenna. Parabolic reflector horn antennas with wide frequency band, low sidelobe and high efficiency are often used in microwave relay communication.


Due to its simple structure and easy control of the directional pattern, the horn antenna is usually used as a medium directional antenna, such as a standard horn, most commonly as a reflector feed. When it is used as a stand-alone antenna, a reflector or lens is usually added to correct the phase. Horn - parabolic reflector antenna has the characteristics of wide frequency band, low sidelobe and high efficiency, and is often used in microwave relay communication. Lens is rarely used for horn phase correction due to its heavy weight and complex structure.

Horn antenna is often used in the following aspects: 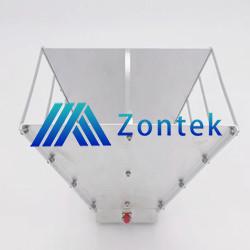